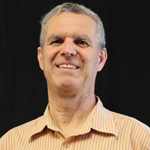 Krige  Visser  (PhD) is an Emeritus Professor from the University of Pretoria since 2016. Having graduated as a Chemical Engineer at the University of Stellenbosch in 1973, Krige Visser was mainly involved in research and development at the Atomic Energy Corporation of South Africa from 1974 to 1988.  He was also involved in the commissioning of a pilot plant and the full-scale uranium enrichment plant. Various pilot plant investigations were performed to determine the performance of the process gas separation elements. One project also comprised an investigation into the removal of oil vapor from hydrogen by means of activated carbon adsorption columns. This project led to the PhD degree in Chemical Engineering at the University of Pretoria in 1990.

He then joined the Denel company from 1988 to 1974 where he was involved in systems engineering and project management in armaments procurement. One project involved the design and development of a chemical survival system for an armoured car. He was appointed as manager for a business unit with 27 employees.

He joined the University of Pretoria in the Department of Engineering and Technology Management in 1994 and has been responsible for post-graduate courses and research in the area of maintenance management and project risk management. He also presented courses in the continuing education programme in maintenance management, project risk management, modelling and simulation and project cost and schedule risk simulation since 2000.

Krige Visser has supervised 4 PhD research studies and more than 150 Masters studies since 1994. He has published 33 peer-reviewed papers in academic journals and presented more than 50 papers on maintenance management, risk management and simulation at international conferences like the European Safety and Reliability Conference (ESREL), Euromaintenance Conference, European Simulation Conference (EuroSim) and the World Conference on Engineering Asset Management (WCEAM).

He is registered as a professional engineer with the Engineering Council of South Africa (ECSA) since 1974 and was a council member of the Southern African Asset Management Association (SAAMA) from 2010 to 2016. He was a member of the ISO committee that developed the ISO 55000 standard for Asset Management in 2011-2013.

Krige has been married to Elsa for 47 years and they have 5 children and 10 grandchildren.

Email Nadine at This email address is being protected from spambots. You need JavaScript enabled to view it.

Publish modules to the "offcanvs" position.