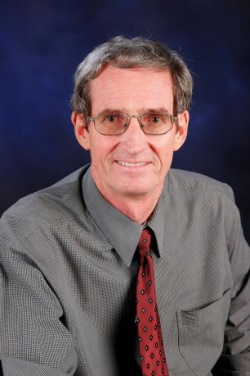 Herman Steyn is an experienced, practical project manager who is currently pursuing his academic interests.

His practical experience includes 22 years in project environments prior to joining the University. During this period he held senior positions, managed large and small projects and assumed responsibility for the management of portfolios of projects. Budget responsibility in 1990, for example, c.a. US$ 168 million (in 2017 US$ value).

Since joining the University, he has been actively involved in project management workshops, seminars and as consultant.

He has been registered as a Professional Engineer with ECSA for most of his career.

Herman has been a full professor specialising in project management since 1996.

He co-authors an international book on project management with John M Nicholas of the Loyola University of Chicago: https://www.routledge.com/Project-Management-for-Engineering-Business-and-Technology/Nicholas-Steyn/p/book/9780367277345

He initiated the Masters Programme in Project Management (MPM) in 1999 – currently the only masters’ programme in project management in Africa that enjoys accreditation of the Global Accreditation Center of the PMI, USA.

He initiated the certificate Programme in Project Management (PPM) in 1997 and is still responsible for the academic content of the PPM.

His qualifications include two engineering degrees, an MBA and a PhD in Engineering Management, and he has a Level C2 NRF rating as researcher in project management.

He has taught project management as a guest lecturer at the Technical University of Eindhoven, Netherlands, at the Gordon Institute for Business Science (GIBS) and at the Lagos Business School, Pan-African University, Nigeria.

Patricia Mphane
This email address is being protected from spambots. You need JavaScript enabled to view it.

Professor Herman Steyn
This email address is being protected from spambots. You need JavaScript enabled to view it.